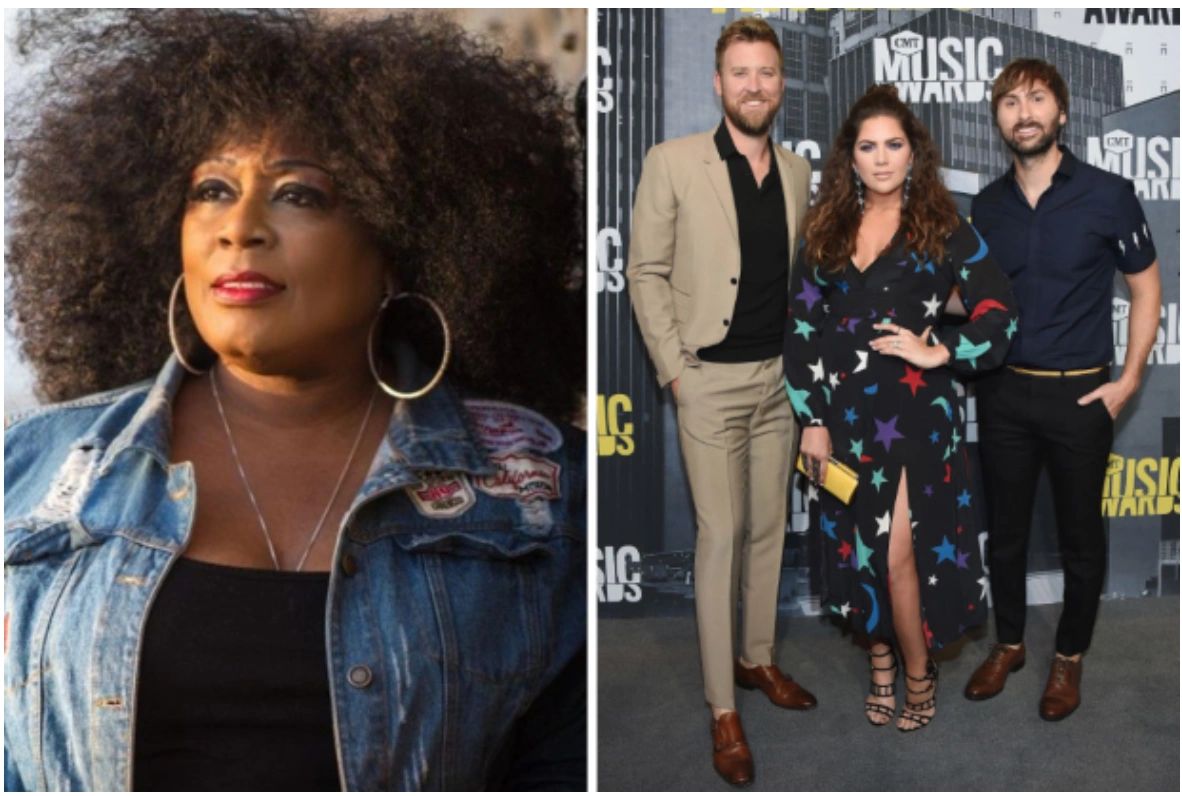 Anita White (born July 18, 1958), known professionally as Lady A, is an American activist and vocalist in blues, soul, funk, and gospel music of more than 20 years.

Lady A (previously known as Lady Antebellum) is an American country music group formed in Nashville, Tennessee in 2006. The group is composed of Hillary Scott, Charles Kelley, and Dave Haywood.

Anita White (born July 18, 1958),  known professionally as Lady A, is an American activist and vocalist in blues, soul, funk, and gospel music of more than 20 years. Born and raised in Seattle, Washington, she began singing at age 5 with her musical family, and her performance career began in the 1980s as a backup vocalist in a Motown revue band. She played in the Motown group called Lady A & the Baby Blues Funk band for 18 years and then went solo on tour in the Pacific Northwest and Mississippi Delta regions. She has released five solo albums, debuting in 2010. She operates Lady A Productions, serving gospel and blues artists. She hosts two music shows on NWCZ Radio online: Gumbo & Gospel, and Black N Blues (the B side). Her own music's subject matter has included racial activism such as about the shooting of Trayvon Martin and the killing of George Floyd.

Lady A has released four solo albums, with a fifth set for release in 2020.

Lady A (previously known as Lady Antebellum) is an American country music group formed in Nashville, Tennessee in 2006. The group is composed of Hillary Scott (lead and background vocals), Charles Kelley (lead and background vocals, guitar), and Dave Haywood (background vocals, guitar, piano, mandolin). Scott is the daughter of country music singer Linda Davis, and Kelley is the brother of pop singer Josh Kelley. The band officially abbreviated the name to "Lady A" in June 2020 amid the George Floyd protests in an attempt to blunt the name's associations with slavery and the Antebellum South, leading to a dispute with singer Anita White,

Since Lady A won the Country Music Association Awards New Artist of the Year award in 2008, it has accumulated seven more awards, including its first Grammy in 2010 for Best Country Performance by Duo or Group with Vocals. At the 2009 CMAs, the group ended Rascal Flatts' six-year reign as Vocal Group of the Year. At the 2010 CMAs, the group became the first artist in CMA Award history to receive the Single of the Year honor for two consecutive years.

In addition to being honored, Lady A has made efforts to recognize veterans who have returned from service and contributed to their communities. In 2013, Lady A recognized eight deserving military families for their service by inviting them to up close and personal concerts, and acknowledging them from the stage.who had also been using the name.

Please note, this website is not affiliated, endorsed, operated or sponsored by Lady A and is a fan website.  Any questions,  just send a message. I will do my best to get back to you soon!